The Melting Pot of Ethnicities 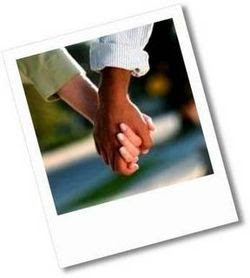 The acronym FBI is not only used by the Federal Bureau of Investigation. People whose parents are both Igorot often refer to themselves as “Full Blooded Igorots,” as I do. Many American Indians have also used FBI to coin the term “Full Blooded Indian.”

It is much easier for us with parents from the same ethnic background to talk about connecting to our heritage than it is for someone who has a mixture of ethnicities in their blood. I can claim my heritage by simply saying, “I am Igorot,” or in my native language, “Igorotak or Igolotak.” The same is true for a person of purely Irish, African, or any other ethnic background.


What about people with various ethnic mixes? Take my family for example. On a microcosmic level, my wife’s mother is Ilocano, and her father is Tagalog. Though both are Filipino in the technical sense that their heritage is directly linked to the Spanish colonization that took place more than three centuries ago; both have differencing languages and cultural practices. Therefore, one can say my children are half Igorot, quarter Ilocano and quarter Tagalog. 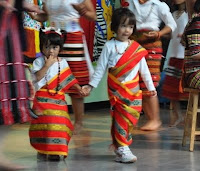 On a more macrocosmic level, my sisters are married to Americans with various ethnic backgrounds. Unless someone saw them in person, people would never know they are Igorot because of their married last names. One is married to someone of Czechoslovakian and Polish ancestry. Another is married to someone of German ancestry. This makes my nieces and nephews third generation Americans with mixed ethnicities, and I must say with partiality that they are the greatest looking kids. I love them all. 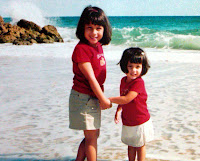 You can see how quickly the blood lines mix, especially here in the great big melting pot called America. Image those whose lineages go further back in America than mine. How do they identify themselves? Which ethnicity do they connect to? Is it even important to connect to all or any of their different ancestors?
Most of these people eventually settle with calling themselves “American," but every now and then, I will meet someone who can correctly name their various ethnic backgrounds and how they are proportioned. Many of them even display a sense of pride in part or all of their ethnic backgrounds. Sadly, there are also many who just don’t care.

I say, “Sadly” because the people who just don’t care generally care more about who they are on the outside. This outward identity comes in many forms, but is generally a manifestation of what society tries to mold us into. For example, people will say, “I am American, I am a doctor, I am a rock star, I am an accountant, I am an athlete, I am an idol, I am diva” and so on.


This outward sense of identity has very shallow meaning because there is so much more that makes us who we are than the color of our skin, physique, titles, accolades and such. There are those who understand this more than others. Take adopted children for example. Many of them grow up knowing there is more to them than what their adopted parents and society tells them. This is especially true for children who are different in color than their adopted parents. Eventually, a vast majority of them want to know who their biological parents are.


I recall a high school classmate who kept telling me that he couldn’t wait until he turned 18 so that he could legally begin the process of finding out more about his biological parents. He was happy with his adopted family and with life in general, but he knew there was a part of him that he wanted to know more about.


The basic human need to know who we are is why I believe it is important for people to connect to their heritage. When people make the attempt to do so, they embark on an inner journey in search of answers regarding their identity. It is this inner search that is most important because society tends to keep us hovering on the surface believing in false notions of who we are rather than discovering our true identity. When go beyond the peripheral, we can discover a plethora of things about ourselves along the way, and surprisingly enough; many of these things are found within our ancestry.


There is good and bad in everyone’s ancestry. Sometimes the bad is so ugly that one doesn’t even want to look for any of the good, but there is good in everything. If we accept the bad as part of reality and “choose” to live the good aspects of our heritage, each of us can find treasures that can help us find the answers to deeper questions we as humans struggle with. By knowing where we came from, we can become better people at the present moment. When we are at our best at the present moment, we are able to see where we are going much clearer than before.


In my upcoming book, “Igorotak: The Warrior Within,” I use my Igorot heritage to tell the important message of looking within so that we can become better people. The main character, Alex, knows little about himself and his heritage, but through a series of magical events; he connects with his ancestry and sees both good and bad. By connecting with his heritage, he is able to choose the good things of his ancestry that enables him to become a better person.


Going back to the questions about how people with mixed ethnicities identify themselves; I could only hope that they identify to the good in ALL their ethnic backgrounds. As the melting pot of ancestors continue to stir, and the superficial things evaporate; I would hope that the only thing that remains is Love. This is what I wish for my children, nieces, nephews and all the youth.