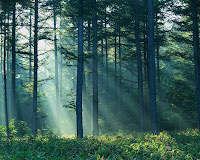 Something as simple as having the ease and ability to communicate in one’s native language can easily be taken for granted. I remember my first trip to Japan. Hardly anyone spoke English and everything was written in Japanese. My pocket phrase book became my bible, and my sense of security dropped to an all time low.


Sometimes we need to get away from things to really appreciate them. This may explain why one’s level of pride for their native country can elevate after immigrating to America. For us Igorots in America, we tend to have a higher appreciation for our native music, food, clothing and way of life after leaving our mother land.

Suddenly, pinikpikan (a staple dish) becomes a highly prized rare delicacy; the bahag (men’s loin cloth / g-string) and tapis (women’s skirt) becomes the tuxedo and ballroom dress; the gansa (gong-like musical instrument) turns into a Steinway grand piano, and our simplistic social customs – etiquette of royalty. Several Igorot friends come to mind as I write this. Prior to joining our group, Igorot Rhythms (an Igorot musical and dance group), they never wore our bahag (though it is still worn by many back home) or played the gangsa. Jeans and western clothing prevailed during their childhood, but ever since my late manong Henry Sadcopen (founder of Igorot Rhythms) strapped on his bahag with pride (commando style) and taught us the gangsa and dances; they developed a new sense of pride.

They wear normal clothing on a daily basis, but when they are performing with Igorot Rhythms in public; they go into their phone booths and come our as super Igorots ready to share their heritage to the awaiting crowd. Leading an outdoor parade down Chicago’s Navy Pier with bahags flapping in the wind exposing their buttocks, only elevates their pride. Except for the exposed buttocks, the same is true for the women in our group. 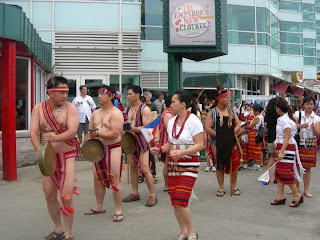 My relatives from afar see our pictures and videos and often tell me that we, in America, are more connected with our heritage than those back home in the Cordilleras. I feel good for my friends in Igorot Rhythms every time I hear comments like this, but when I hear these comments directed to me – I often wonder how this is possible. My Spanish is so much better than whatever Kankanaey or Ilocano I still have, and I have been in America for almost my entire life. I guess what they mean to say is that one’s “desire and efforts” to stay connected or re-connect (in my case) to one’s roots, far outweigh any shortfalls of language or culture. 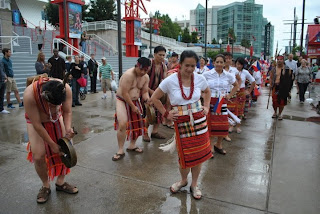 If what some of us do here re-kindles the ancestral glow of those living long distances away, then maybe it is a good thing that things are sometimes taken for granted. 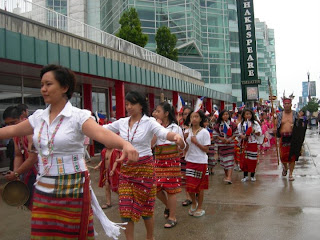 Posted by Rexcrisanto L. Delson at 4:36 AM