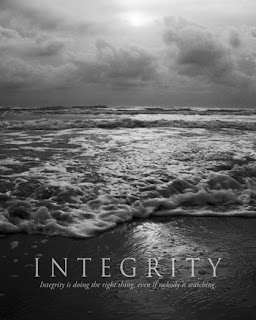 M.H. McKee once said, “Integrity is one of several paths. It distinguishes itself from the others because it is the right path, and the only one upon which you will never get lost.”


This speaks volumes regarding the importance of character in everyone. Recently, I was checking my Facebook account and came across a video clip of Floyd Mayweather (American boxer) saying racist comments about Manny Pacquiao (Filipino boxer). I immediately felt sorry for Mayweather and those fans that look up to him. Shortly thereafter, I saw an Igorot music video depicting the laziness of an Igorot husband and his poor treatment toward his wife, and felt sorry for my fellow Igorots who are like the man portrayed in the video. Then I saw an inspirational video of Nick Vujicic, a man without arms or legs, talk about character and I became thankful for people like him.  We need more people who can inspire us to become better people.
It is one thing to talk and preach about integrity and character, but it is an entirely different thing to live a life of good character. As I was thinking about this, I began thinking about featuring a Filipino in this blog to use as a great example for character and integrity. Sure, Manny Pacquiao came to mind (and I love him as a boxer), but I wanted someone who went beyond the cliché of perseverance, overcoming obstacles and winning. I wanted someone who excelled in what they did, but also had the ability to change the world for the better; like how U2 is not only a great rock band, but also a great ambassador for love and social justice. 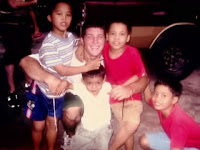 It didn’t take me long to pick this person, so let me introduce you to him. This Filipino was born in Makati City, Philippines, only his skin isn’t brown nor does he have an ounce of Filipino blood in him. He is the son of Pam and Robert Tebow, American missionaries who served in the Philippines at the time. After living in the Philippines for three years, Tim moved to America where he became a football star.

He was home schooled during high school, but was allowed to play for a high school team where he excelled and became Florida’s Mr. Football and a Parade All-American. In college, he became the youngest Heisman trophy winner and led his team, the Florida Gators, to two NCAA National Championships. As great of a football player he is, I did not choose to feature him because of his football accolades and skills. 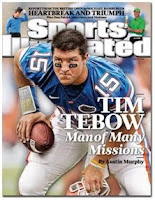 I chose Tim Tebow because of the kind of person he is in the inside. He recognizes his skills and abilities in football, but more importantly, he uses them to help others become better people. He lives a life of worthy purpose. Just watch the ESPN video below where he is shown doing missionary work in the Philippines instead of hanging out with friends during his summers, and you will see what I am talking about. Today, he has a foundation called “The Tebow Foundation,” and its vision is “To bring faith, hope and love to those needing a brighter day in their darkest hour of need.” I could go on and on, but instead, I will let the links below tell you more about his life.

Last year when the Philippines and Indonesia was hit by major typhoons and earthquakes, I contacted as many people as possible to organize a fundraiser for the victims. We called it “Relief for Asia.” In the short period we had, we were still able to raise approximately $12,000 to help those victims. I am mentioning this because I never told anyone how Tim Tebow’s example inspired me to take action. 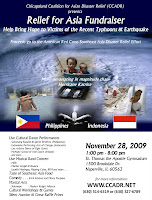 At the time the Florida Gators had just won their fourth straight game, and I was watching highlights of their victory against Kentucky. I recalled the announcers speaking highly of Tebow and then I watched the ESPN special on Tebow showing how he would voluntarily visit the Philippines to do missionary work. Several days went by and I began hearing about the flooding, earthquakes and thousands of lives lost. I immediately thought about my relatives and then I thought of Tebow and how his actions spoke volumes. I could have just prayed and not have done anything else, but I didn’t. The thought of this American kid “doing” something inspired me to begin thinking of ways to “do” something to help.

As our planning and organizing for the fund raiser progressed, our group realized the need for more items for our raffle portion of the event. A part of me wanted to ask the Chicago Bear’s head coach for help, but I was too scared to approach him. After a few days of struggling with the thought of asking him for help, an opportunity arose where I found myself walking alongside him by myself talking about other matters. Believe it or not, Tebow’s famous speech to the media after losing against Ole Miss came to mind and I found the courage to ask him. He liked the idea of our fundraiser and put me in contact with people within the Bears organization.
To the orphan kids in the Philippines whose lives have been touched, Tebow is more than just a football player. He is an inspiration that they are proud to have as a friend. Although I do not know him personally, I am proud to be one of his many fans. Think of how much better the Philippines would be if there were more examples like him living there today.

I was so happy to receive a t-shirt as a gift from my relatives last month. In the front is the big bold word “Igorotak,” which means “I am Igorot.” I wear it with pride just like others who wear shirts stating their Philippine, Irish, American, Mexican and other ethnic pride, but wouldn’t it be nice if another kind of pride prevailed. For example, wouldn’t it be great if non-Igorots wore a shirt saying something like “I am proud to know an Igorot.” For this to happen, we need today’s generation of Igorots to raise their heads and become people of good character and integrity. Contrary to popular belief, this kind of character and integrity isn’t achieved by striving to become a “star” or “idol.” It is achieved by striving to become the best husband, wife, sibling, child, professional, artist, musician and so on . . .