What Cameron Diaz Can Learn from Ancestral Igorots 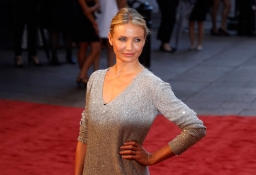 Last Thursday, I was on Twitter and came upon a disturbing article titled, "Pastors Respond to Cameron Diaz's Marriage Is Dying Remarks."  In it, she was quoted as having said, "I don't think we should live our lives in relationships based off old traditions that don't suit our world any longer."  Shortly thereafter, Ablow, a member of FOX News supported her statement by saying, "Marriage is (as it has been for decades now) a source of real suffering for the vast majority of married people."  He contended that the end of marriage is "only a matter of time now" and that "we should be thinking about what might replace it."


Now, why should this concern me?  It shouldn’t, especially since these two people represent the sad values and culture of Hollywood.  However, I am quite aware of the powerful influences Hollywood has over our culture, and it bothers me to think of all the thousands of people who give credence to these comments.

The article appeared on the Christian Post, and it serves as a wakeup call to the Christian world because of the alarming rise of divorces among Christians, particularly conservative Christians.  It is a good opportunity for Christian leaders to address the problems of marriage today.  I have no doubt that they will be sharing their Christian perspectives to the world.

As for me, I will share a different perspective that is derived from the mixture of my American, Catholic and Igorot background (with more emphasis on the Igorot).  If somehow I could transport Cameron and Ablow back in to a 19th century Igorot village, they would clearly see that marriage was not a source of suffering or unhappiness.  Rather, they would see that it was a source of happiness and fulfillment because the foundation of marriage for my pagan Bontoc Igorot ancestors were truly based on two distinct things: love and the bearing of children.
Historically, these two facets of marriage have always been eloquently captured during an Igorot ceremony called "Kapiya."  During this ceremony, the elderly man performing the “Kapiya” would say to their pagan god, Lumawig:

“Thou, Lumawig! now these children desire to unite in marriage. They wish to be blessed with many children. When they possess pigs, may they grow large. When they cultivate their palay, may it have large fruitheads. May their chickens also grow large. When they plant their beans may they spread over the ground, May they dwell quietly together in harmony. May the man’s vitality quicken the seed of the woman.”

If you compare these words of the Kapiya ceremony, you will see how they echo the Latin origins of the words “Matrimony” and “Marriage.”  Matrimony is a word that originates from the Latin: Mater, mother.  This is because the first end of marriage is to make the maid a mother, generating children.  Marriage comes from the Latin: Maritare, “to wed, marry or give in marriage.”  This is the contract and mutual alliance that the couple enters when they swear to support one another and be together to the end of their lives.
I find it amazing that the tribal culture of my Igorot ancestors were able to view such a basis for marriage, which is similar to the Christian basis, long before Christianity made its way into their world.  For more than three centuries, Igorots did not allow the Spaniards to colonize them like the rest of the Filipinos on their island, yet their foundation for marriage can be compared to the Christian "Natural Law of marriage.”
Thanks to my mother’s conversion from paganism to Christian Catholicism; I have come to understand marriage as a Sacrament.  I also learned that it was part of a “Natural Law” before it ever became a Sacrament.  This law was instituted by God when He created Eve and gave her as a companion to Adam.  The reason for her creation was given before Adam bit the apple: “It is not good for a man to be alone; let us make him a help like unto himself” (Gen 2:18).  After Adam committed the original sin, another reason was added: “Increase and multiply and fill the earth” (Gen 1:28).   All the leaders and prophets, as well as the pagans, lived in this state of Natural Law all the way up until the time of Jesus Christ.
Now back to Cameron and Ablow.  If they had repeated their statements to my Igorot ancestors, I am sure they would have been asked what alternatives “their world” has to offer that their “traditional” ways of marriage.  Can you imagine what my ancestor’s reactions would be upon hearing that they could partake in unlimited sexual partners, bypass the whole bearing of children thing, focus on self rather that others and so forth?  I’ll save you the time of imagining and just tell you that their heads would have probably been severed for such notions.
What Cameron and Ablow suggest is nothing new.  They just give it a “Hollywood” wrapping that appeal to those who are vulnerable to the temporal lies of society.  History teaches us that when the basis or “Natural Law” of marriage was forgotten, bad things followed for those guilty of such decadence.  Leo XIII described this decadence with eloquent words:

“All nations had more or less forgotten the true notion and origin of marriage, and consequently laws were enacted everywhere with reference to marriage dictated by reasons of State rather than the requirements of nature. …
“Polygamy, polyandry and divorce were the causes of an extreme relaxation of the nuptial bond. Also a great confusion sprang up over the mutual rights and duties of the spouses, insomuch as a man assumed right of dominion over the wife, allowing him to repudiate her without a just cause; while, at the same time, he was at liberty to give free course to his unbridled passions ….
“When the licentiousness of a husband thus showed itself, nothing could be more piteous than the wife, whose degradation was so great that she was considered only as a means for the satisfaction of his passion or for giving him offspring. The ignominy reached the point that, without shame, marriageable girls were bought and sold, like so much merchandise, and power was sometimes given to the father and husband to kill the daughter or wife. The offspring of such consortiums were necessarily reckoned either goods of the State or the property of the head of the family” (Arcanum Divinae Sapientiae, n. 7).

Without getting too philosophical about this touchy subject, I think it would suffice to say that the happy outcome of my parent’s marriage is enough for me to want the same, if not better, for my children and their future families.  There is too much hurt, sadness and pain today that are the result of “modern” views of marriage.  Divorce effects everyone in a bad way, including today’s Igorots.  Many good people today, including close friends and family of mine, have to deal with its emotional, physical and spiritual scars.  Hollywood only makes it worse by playing the “spin doctor” roll of portraying broken families and marriages as a pain-free and accepted norm.
I’m not a marriage expert, but I can’t help but wonder how many less divorces we would have if the simple basis of it remained thriving in our society.  It may seem too simple of a notion to think that the origin of marriage would do such a thing, but let us not confuse the word “simple” for “easy” because the two are very different.   As simple as it may seem, it is probably one of the hardest things to do given society’s pull and influence.  This is why I am convinced that the greatest gift parents can give their children is a happy marriage.  It will far outweigh any material, monetary, physical or educational gifts one can leave their children.  It truly takes a warrior to go against the grain of society to make such a simple thing possible so that greater things can flourish from it . . . And no, I don’t see neither Cameron nor Ablow as such warriors.