The Cocos nucifera, commonly known as the coconut palm tree, is such a beautiful tree that I am featuring it in this week’s topic. I will not delve into its contribution to the culinary world or its outer beauty. Anyone with an inkling of appreciation for ethnic foods can attest to its tasteful properties. As for its outer beauty, I think it’s safe to say that it outnumbers all other trees with regard to the number of times it appears on all the various forms of media, clothing and apparel. 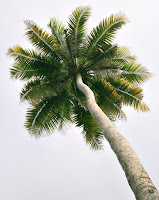 Instead, I would like to draw your attention to its origins and inner beauties. Have you ever wondered where they originated? When I lived in Southeast Florida eight years ago, I learned that they existed in India more than fifteen centuries ago. So how did they get from India to so many places throughout the globe?
Well, the coconut fruit is so buoyant that it can float on water for a very long time. Long before they made it into the hands of seafaring people, they floated from India to other continents. Once they made their way onto land, they germinated and continued their cycle of self propagation. Today, coconut palm trees can be found throughout much of the entire globe where the weather is conducive for their survival.
When I think about my Igorot heritage, I think about how I am like those coconuts that ventured far from their homeland. I don’t mean “coconut” in the sense that I am brown on the outside and very American inside. Instead, I am referring to the inner qualities of coconut palm trees.

Next time you see a coconut tree, look at how its long single trunk reaches upward toward heaven and culminates in a small mass of long leaves and luscious coconut fruit. In a way, it suggests that its purpose, which is to bear fruit and help mankind, is clear and concise. There is no side or suckering branches to distract it from its purpose.
Its strength is also very impressive. Remember watching live footage of tropical storms and hurricanes on the news? There seems to always be a palm tree bending to the strong and forceful winds, but rarely do they ever snap in two like so many other types of trees. Time and time again, they prove their strength against disastrous winds. 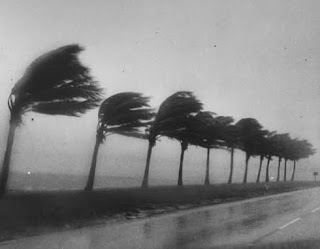 Immigrants like myself also encounter forceful winds, but of another kind. These winds are society’s constant attack on our true identities and purpose in life. I see it all too often here in America. From gangbangers to corrupt wealthy politicians; more and more people are inundated with society’s false messages of becoming an idol, achieving personal goals, success at all costs, looking out for our own interests, and such.
The upcoming Labor Day holiday here in America reminds me of a scene from last year’s Labor Day. I was at a stop light watching a group of Middle Eastern men gathered for a picnic and soccer game. There were probably twenty young adult men playing soccer and another dozen talking amongst each other in groups. Out of all these thirty or so men, five were on their knees praying to Allah.
I couldn’t but help notice how the men praying were probably in their late thirties or forties, while the others ranged from late teens to early or mid twenties in age. The men praying were dressed in shorts like the rest and didn’t appear different except for the fact that they took the time to pray as they are required during certain times of the day.
I rolled down my window to hear if the younger ones were speaking in English or their native tongues, but was unable to hear them. I also looked at their grills to see what was cooking, but couldn’t tell because the light turned green and I had to continue driving. I drove off wondering how much of these men’s values and culture were no longer part of them, and if they fell victim to the social winds of influence here in America.
Where are the coconut trees that stand up to these gales of false messages? Where are the trees that refuse to forget where they come from and focus their energy on applying their character towards helping others more than they help themselves? Where are the trees that chose and stay on a righteous path?
Trees that follow man’s selfish and greedy ways live happily for a brief moment, but eventually succumb to a sad and lonely death. This was the case several years ago when I saw an aisle of live palm trees transplanted to the front of a Lexus car dealership in the outskirts of Chicago, and when the city of Chicago transplanted several palm trees along their beaches. Beautiful at first? Yes, but it didn’t take long before the evident signs of deterioration began appearing as they lost their vigor rapidly and eventually died at first frost.
There is a coconut in each of us. Not all coconuts are the same. They come in different shapes and sizes depending on the type of tree. Regardless of the type, it is up to us to allow the coconut within to grow or not.
Posted by Rexcrisanto L. Delson at 7:20 AM