ASHLEY JUDD: Who Do You Think You Are? 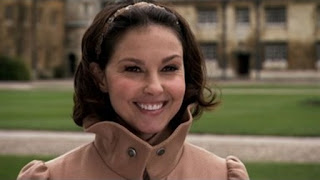 Who Do You Think You Are?
In my senior year of high school, I began hearing about the importance of “living the present moment” by spiritual mentors in my life and by leaders of that time.  One of my most influential leaders once said, “The past no longer exists; the future is not yet here. Just as someone travelling by train does not walk up and down the carriage to get to the destination sooner, but stays put, so we should stay in the present. The train of time moves on its own. We can only love God in the present moment given us, by saying our ‘yes’, a strong, total, and active ‘yes’, to His will."

This was later echoed through a more practical and zen-like perspective by the Japanese mentors of my early and somewhat recent adult life.  Whether the lesson about living the present moment came in the form of words, chanoyu, martial arts, zazen, gardening or sushi preparations; I always seemed to, and continue to struggle with any notion that the past plays little or no role in who we are today.  It is much easier to accept any of such notions if our past is made up of nothing but bad or evil things, but what about the good things of our past?  More importantly: the great and inspiring things?
While I agree whole heartedly that the present is more important than the past or future, I can’t discount the importance of our past because it has a direct affect on the quality of our present being.  My novel, “Igorotdō: The Warrior Within,” demonstrates this by pointing out how the past can be filled with life changing discoveries that can help us become better people.  Fortunately, there are many others who also believe that we can gain positive things from knowing our past and the past of those before us.  I recently discovered a television series that promotes the importance of ancestry and learning about our past. 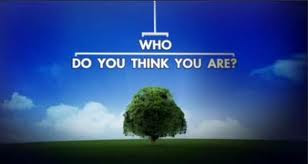 The television show, “Who Do You Think You Are,” is an NBC series that I highly recommend.  Many of the actors and actresses who are profiled have many great stories and lessons to share with its audience.  I will be blogging about the ones that inspire me the most so please stay tuned for future blogs.  Meanwhile, here’s one profile that I really like:
ASHLEY JUDD 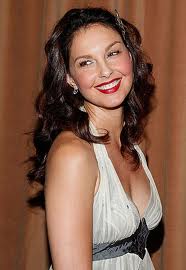 Emmy- and Golden-Globe nominated actress and humanitarian Ashley Judd is an eighth-generation Kentuckian on her mother's side.  Her more recent involvements as an activist for different human rights organizations has triggered a curiosity in her that had her wondering how many other people in her family also agitated for reform, and fought for the poor, exploited or disempowered.  Her curiosity led her to New England where she discovered many new things about her family that emigrated from Sicily, Italy.
The biggest discovery was that of her 3rd great grandfather, who served in the Union army during America’s Civil War.  Only a teenager at the time; he was twice a prisoner of war who endured heroic battlefield experiences.  Ashley was so taken by how psychologically strong and resilient he was that she called it a “life changing experience.”
To learn more about her discoveries, please visit the NBC site of “Who Do You Think You Are” to watch the full episode or watch it below.
IGOROT REFLECTIONS
After watching the episode, I first thought of how lucky she is to have discovered all the records she needed to make her discoveries.  This is not something most, if not all, Igorots have the luxury of possessing.  Since our ancestry has been passed down by oral tradition, it is unlikely we are able to trace back our family roots as far back as most people are able to do here in America.  Although  there has been a recent movement towards documenting the Igorot culture, so much about the ancestors of long ago has been lost forever.
Also, her 3rd great grandfather’s story had me thinking about the strength and resilience of my own Igorot ancestry.  It reminds me of the importance of sharing my ancestry to the world so that Igorots can also join the likes of the 13th century William Wallace and his Scottish highlanders, whose stories of bravery and resilience continue to inspire people throughout the world.  One can definitely read how my Igorot ancestors embody these two traits in my upcoming novel, “Igorotdō: The Warrior Within.”