X-Men and the Beast Within 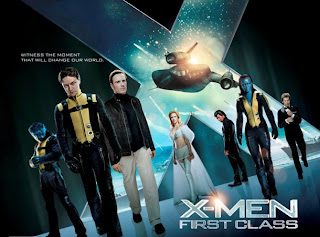 Hollywood and its twisted values have made it increasingly harder for me to surrender whatever valuable time I have in life to the misleading influences of its culture.  When movies like Soul Surfer, Blindsided, Glory Road, Forrest Gump and such are released, I am one of the first to see it because I am always yearning for inspirational lessons that can help me stay the true course.  However, every now and then I will accompany my kids to watch something just for pure entertainment.
Several weeks ago, I watched “X-Men First Class” with the family.  Why not, I thought.  I enjoyed the action and the whole good versus bad theme of the previous X-Men movies, and besides, it’s the only action movie my oldest daughter will see.  Fortunately for me, I got much more out of the movie than sheer entertainment.  Yup, I was actually very inspired by the character named Hank McCoy.

In the movie, Hank is introduced as a very intelligent mutant who displays large feet, acrobatic strength and speed as his mutation.  Unwilling to accept his mutant identity, Hank develops a serum that is intended to turn him into a “normal” person without any visible mutations.  The experiment goes wrong, and instead of reversing his mutation; it only accelerates it and turns him into the hairy blue mutant known as the “Beast.”  In the end, he comes to accept who he is and as many of you know; uses his mutant powers to help mankind as a government official with the title of Secretary of Mutant Affairs in “X-Men: The Last Stand.” 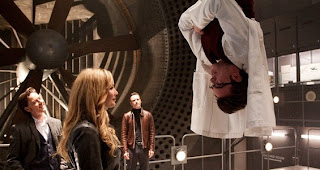 Whether we like to admit it or not, many people who appear to be different within their culture, often wish they could be “normal” like everyone else.  Rather than focusing on becoming the person God created them to be, many of them do all sorts of things to become “normal” – to become accepted.
I was once like that. No, not a mutant with large feet or special powers.  Rather, an Igorot who wished I could be “normal” like the entire world I grew up with in Caucasian suburban Oak Park, IL, USA.  I knew I was different.  The teasing and being called chink, nip and other racial slurs were periodic reminders of that fact.  I used to look in the mirror sideways and wish my nose wasn’t flat and round, wonder why my straight hair wouldn’t stay “feathered” like the other boys (I’m giving my age away here) and even wished that my parents didn’t have their strange accents.
Hence, my hair became victim to perm experiments and even my sister’s curling irons.  I watched popular movies and emulated behavior, speech and cultural trends.  Self consciousness eventually overtook me.  After grade school, I moved to Florida where I thought all my efforts of becoming “normal” paid off.  Instead of being ridiculed, I quickly found myself more than accepted by my peers.  I became the captain of my high school basketball team, dated the blonde cheerleading captain, and became junior homecoming king and so on.  I was finally “normal” like the rest . . . so I thought.
I couldn’t have been more wrong.  I may have appeared “normal,” but I actually became “less” of who God created me to become – an Igorot with a purpose that contributes to His greater plan for me.  By injecting himself with the serum, not only did it accelerate Hank’s mutations, but it also accelerated the process it took for him to accept his true identity. I wish I had a similar serum.  Maybe it would have saved me decades of trying to be normal.  NORMAL?  Normal in the eyes of society is highly overrated.  On the other hand, normal in the eyes of God only means we are meant to stand out from society's ideal of normal and become the person we have been created to become.

As with Hank, who turned into the “Beast,” there is hope for people who accept their identity.  Although Hank became the iconic blue skinned creature, his gifts of great intelligence and creativity turned out to be his true identity.  Rather than use his gifts for bad, he used them to help fellow mutants and mankind.  I can only hope and pray that more people fight society’s ideal of who they should become, and realize that their true identity is not what society purports it to be.  Our inner gifts make up our true identity, and our identity is meant for a greater purpose.  Everyone’s true purpose is already laid out for them.  All we need to do is listen within.