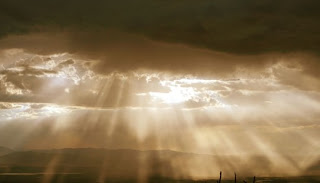 It was 9:00 am on the Saturday morning of August 20, 2011. Still dressed in my sleeping attire, I rushed out to my car to buy bile for the large pot of Papaitan that I prepared. Nothing but clouds filled the sky as the dewy scent of rain swept inside my nostrils. “Oh no,” I thought. “If we get rained out, who’s going to eat all this food?” My concerns only grew when the music on the radio was interrupted by a Weather alert informing people of a severe thunderstorm passing through the area where our picnic was to be held. Hearing about winds of up to 60mph and a storm capable of producing golf-ball-sized hail was enough to get me thinking about a last minute cancellation.

After buying the bile, I rushed back home and checked the local weather radar. “Whew,” I gasped as the orange and yellow images of the storm looked to stay well north of our picnic location at least until 1pm, and even then, there was only a fifty percent chance of storms thereafter. My family quickly loaded my car and headed to the picnic. Ten minutes after we left the house, rain began to drizzle onto the windshield.

“It’s only a stray drizzle,” I thought as I manually turned the windshield wiper on once to clear the droplets off the windshield. After a few more single manual wipes of the windshield, a sinking feeling set in my stomach as I found it necessary to change the wipers to the medium automatic setting. Then my phone rang. It was our friend Marissa, who was also on her way to the picnic. “It’s raining pretty hard here,” she said. “Many are asking me if we are still having the picnic. What do you think?” she continued. A part of me wanted to cancel the picnic, but again, “Who’s going to eat all this food,” I thought.

I told her the radar showed promising signs and that we still had the shelter of a pavilion to rely on in the event it really rained hard. A few minutes later another call came in. It was our friend Gerald. He told me that he had just arrived at the picnic location and it was really down pouring hard. The rain was so hard that he asked me to consider moving the picnic to the nearby office of one of our friends. Again, I convinced him that the radar showed the rain passing us quickly. I lied of course. The radar actually showed heavy rain for the next three hours with more to come in the early afternoon.

When we arrived to the picnic site, the rain lessened enough to allow us to unload our things without getting soaking wet. We walked through puddles of water that saturated the grass. Our feet were already soaking wet. As soon as we entered the pavilion, I was so happy to see my uncle Sammy barbecuing chicken. By the looks of it, he must have been there since 9:00 am that morning. “This is good,” I thought. “This has got to be a good omen.”

Despite the heavy rain, people started showing up in consistent numbers with a dish or desert to contribute to our potluck event. Before we knew it, an entire Lechon, barbecued chicken, Papaitan, Dinakdakan, Pancit, Dinardaran, Pinakbet, beef stew, Tilapia, Kikiam/Afritada, Tapey, fruits, deserts and much more graced three picnic tables. We had a wonderful mixture of “old folks,” young folks and kids present.

The rain quickly subsided and we found ourselves with an entire afternoon filled with sun. After filling our bellies with glutinous-diet busting-morsels of delight, we commenced with games for both young and old. Dancing? Oh, you better believe it. Out came the gangsas, sulibaos and takik. We made sure to include our cultural dances throughout the rest of the afternoon. I was very pleased to see everyone partaking in the dances, and I was especially happy to see visitors from Pittsburg (a clan in their own rite) partaking in the dancing for their first time.

The picnic was just another testament of the Igorot spirit. Despite adversities, we still manage to overcome them. I am lucky to have friends in BIBBAK to help me stay connected in this land where cultural identity is easily lost.