A Trio of Inspiration 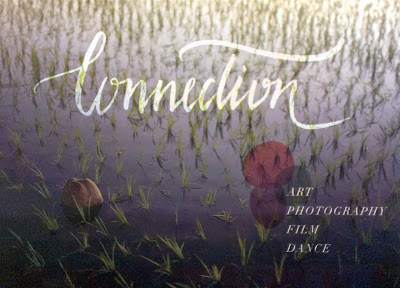 Ever since I began writing my book, Igorotdo: The Enlightened Warrior Within, I've wanted to inspire others to take stock in their own cultural heritage, whatever it may be.  When it comes to my own heritage, I've come to realize that many Igorots in America seem content with keeping our rich heritage to themselves or within their small Igorot circles of friends.  Every now and then, however, I am encouraged when organizations such as the BIBAK Youth San Diego organize events and activities that are geared to sharing their culture to the American public.  Knowing fully the difficulties involved in rallying others to share their cultural heritage; I find people such as those youth in San Diego more than inspiring.

I used to say, "What can be more inspiring than hearing about fellow Igorot-"Americans" sharing our culture with the world?"  Well, I stumbled upon an answer to that question two days ago when I attended the Connection Art Project cultural event by a group of three non-Igorot women.  I was simply amazed by their interest to promote both the Filipino and Igorot culture here in Chicago.

Can you imagine how I must have felt when I stepped out of the elevator to enter the event, only to receive the silent greetings of Kalinga Igorot women adorned in their tattoos and dressed in their native tapis? Even though they were on photo canvas, I still felt their welcoming greetings through their eyes and smiles.  As the event unfolded, I saw the Igorot culture through the eyes and vibrancy of these three women who traveled to Manila and Kalinga and put together the artistic documentary displayed that evening.

Two things impressed me most that night. First, I was taken by the story of Johann Oro, a Filipino-American, who like me, grew up in America and waited many years before connecting to his roots in the Philippines.  It's a story I know all too well.  Assimilation in America has a powerful way of ripping our roots out from under its indigenous soil. Every time I meet a Filipino kid here in America, I seem to always wonder if they would fall victim to the estrangement of their culture, like I once did.

The second most adoring thing was the pictures and video portraying the people of Kalinga.  As I watched a video of the three women with the tattooed Kalinga women dancing both native and Latin dances in their video documentary, the same ancestral feelings I once experienced back home in the Mountain Province resurfaced.  I was so inspired that evening that I immediately wrote a quick article on Examiner.com once I arrived at my home.

More information about The Connection Art Project can be found on their website and Facebook page.  Also, please help spread the word about their Kickstarter Fundraiser, of which a portion of the funds will go to the people in Kalinga.

Posted by Rexcrisanto Delson at 10:32 AM