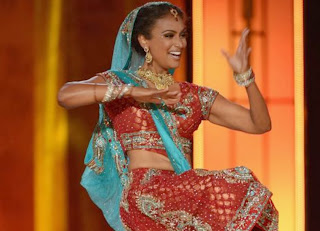 As a daughter of parents who are originally from Vijayawada, Andhra Pradesh, India, Nina Davuluri made it clear that her heritage is important to her by performing an Indian-fusion cultural dance on stage for the world to see.  she stood with Crystal Lee moments before the announcement of her victory and said, “We’re both so proud. We’re making history standing here as Asian-Americans.” 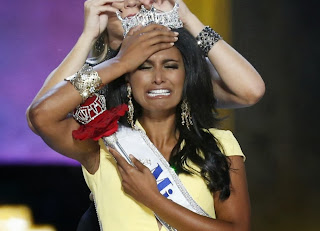 Davuluri, whose pageant platform was “celebrating diversity through cultural competency,” became a testament of ethnic pride when she was asked in her interview question what she thought about CBS’ Julie Chen’s admission of having plastic surgery to look “less Asian.”  She responded, “Unfortunately I don’t agree with plastic surgery, however, I can understand that from a standpoint, but more importantly, I’ve always viewed Miss American as the girl next door, and the girl next door is evolving as the diversity in America evolves.” She went on to say, “. . so I wouldn’t want to change someone’s looks or appearance, but definitely be confident in who you are.”

Unfortunately, her ethnicity and cultural platform is being rejected by many. Immediately after the announcement of victory, racism raised its ugly head in the social media world as people expressed their disapproval.  This is nothing new though.  The pageant has been down this road before when the first Jewish Miss America, Bess Meyerson, won it in 1945 and Vanessa Williams won it in 1983.  Nina Davuluri’s victory just goes to show how much more work needs to be done in America to rid it of hate.

This has been a cross publication from an original article published on Examiner.com

Posted by Rexcrisanto Delson at 10:17 PM