The Igorot-ness of Christmas Past 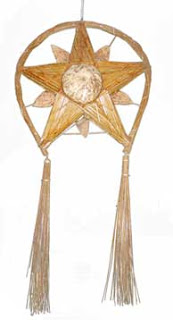 I don’t have to tell any of you how bad commercialism has taken over Christmas and how it is considered politically incorrect it is to say the words, “Merry Christmas.”   The social climate in America encourages people to replace “Merry Christmas” with “Happy Holidays.”  With so much emphasis on the removal of “Christmas” and the materialism of the holidays, I wonder how many people are truly happy this time of the year.
Our economy hasn’t gotten better.  It still continues beating down on American families, and more people are financially strapped this year than years prior.  Unemployment is still very high, foreclosures continue, “stay-cations “remain the sensible alternative to vacations, and so on.  Yet, people continue digging themselves deeper in debt to keep up with the materialistic expectations that society has engrained into their kids, family and friends.   I don’t think this is what the real Santa Claus intended.
Despite all the materialism and false notions that plague this time of year, Christmas still ranks number one in my list of favorite times of the year.  Yes, number one, and not because of the gift giving or materialism associated with it.  I love it because it’s that time of the year when I always recall the simple reason for so many years of joy and happiness: my Igorot parents.
Since I arrived in America at the age of four, Christmas in my immediate family was always about the simple meaning of Christ and mass.  I never knew it to be truly about anything else.  Television and society always tried making it into the American notion that centered on Santa Claus, Christmas trees, gift giving and the typical Norman Rockwell scenes of Christmas, but my Igorot parents, like our Igorot ancestors of the past, refused to be “colonized” by these things that bombarded my childhood years.
﻿
﻿

Both my parents were Christians.  My mother was the first in her family to convert to Christianity.  Her father, my lolo, was actually an Igorot pagan priest who worshiped and believed in the Igorot god, Lumawig, before my mother convinced him to convert shortly before his death.   So you can see, there has been many more years of paganism in my family than Christianity. ﻿﻿
Because of her though, there was never a Christmas that went by without Christ and Mass as the center of everything that happened every Christmas.  My parent’s “Simple”, yet “Meaningful”, Igorot upbringing influenced the way we went about the holiday each year.  There was always an unmistakable contrast in the way we celebrated Christmas compared to the world I lived in.
While all my friends were gearing up for the day they got gifts (the only thing on their minds), I rarely got my hopes up about the kind of gift I would get because gifts like socks, underwear and basic necessities were usually to be expected.  We never went through all the trouble of lighting up the outdoors, except for Christmas Eve when we lined our sidewalk with luminaries (small paper bags with a candle inside).  Decorations were limited to a small manger and advent candles.  Our long lasting aluminum Christmas tree with sparse ornaments seemed always dwarfed by the large fancy real trees of my friends and neighbors.

On the other hand, time seemed filled with more substance and quality.  Our meals that we shared each night usually lasted longer because it seemed as if we enjoyed conversing and laughing more because Christmas was approaching.  We watched more television together as a family; something that my parents really limited on a normal basis.  I used to love watching the old Mutual Life of Omaha broadcasts and my parents enjoyed them as well.  Overall, the house was a happier place because everyone knew it was that time of year to love one another more than usual.

On Christmas Eve, we attended the midnight Mass.  It didn’t matter if we were celebrating with our close family friends.  I remember on two rare occasions when we went to a Christmas party at my auntie Toring’s house and dropped everything we were doing at the party to leave for Mass, and then return to the party afterwards.  On normal occasions, my parents made it a point for us to try napping that afternoon so that we could stay awake during Mass.  It usually worked, but I could remember many Masses when I was barely able to stay awake because I pretended to nap that afternoon.
After Mass, we went home to open presents.  For us, presents were always handed out one by one so that we were able to have a sense of appreciation.  Even though the gifts were usually very simple, I don’t recall any instances of pouting from any of my four sisters or myself for that matter.  Maybe it was because we knew it wasn’t “about” the gifts or maybe we were just happy to see my mother and father happy.
Once, my parents tried the whole Santa thing.  I don’t know why, but I guess they wanted us to experience what our friends also experienced every year.  Maybe, one of the neighborhood mom’s convinced her to go along with the Santa story in attempts to “Americanize” us.  Well, whatever the reason, I will never forget how good of a job they did in making us believe in Santa.
While we were a midnight Mass, my father went to use the bathroom, so we thought.  Since we lived only three blocks from Church, my father had enough time to slip back to our house and put the gifts under the tree.   When we arrived back to our house after Mass, my parents pretended not to know anything.  As I entered our house and looked into the sala, I couldn’t believe my eyes!  There was a bicycle and wrapped gifts under and surrounding the tree.  I swear, we all thought Santa visited us that night!
That was the last time they did that.  I don’t know why, but I didn’t bother me.  Maybe we were at that age when all our friends stopped believing or maybe they just saw beyond its temporal meaning.
After going back to sleep and waking up later on Christmas day, I would usually run to my best friend’s house across the street to see what he got for Christmas.  It was usually something cool like a Shutes and Ladders game or GI Joe figures.  We would play with it all morning, but on more than one occasion, I remember him getting tired of it after only playing with it a short while.  I think I understood then about the limitations of how much happiness toys really bring a child.  I think this is why my parents never took stock in Santa Claus.
After Christmas, my sisters and I always looked forward to New Year’s Eve.  I think I had more fun on New Year’s Eve than I did on Christmas because my parents had us line up side by side at the end of our block with pots and pans in our hands fifteen or twenty minutes before midnight.  What made it more fun was the fact that our neighborhood friends joined us.  We counted down the seconds just before midnight, and then at midnight, we started banging the pots and pans as hard as we can while we all screamed at the top of our lungs, “Happy New Year!”  We did this from one end of the block to the other.  Oh, was that fun!
Each year I reminisce about these things and wonder about how much more happier people could be if they had some of that “Igorotness “ in their lives during Christmas.  Simple and meaningful: two words that go a long way, but are so hard to achieve in the kind of society we live in.  Having been raised in America, I really see the value in my experiences as a child, but I also see the value of the traditions of an American Christmas.

There's a part of me that has adapted to the materialism and Santa traditions of Christmas.  In fact, I tried pulling off the same type of trickery that my father so successfully accomplished that night he snuck back home during midnight Mass on several occasions.  The most memorable one happened during Christmas eve of 2004.  After Mass that evening, the kids went to sleep relatively early.  I waited a couple hours until I knew they were sound asleep.  Then I snuck out my upstairs bedroom window and climbed down a ladder that I pre-positioned earlier.  It was lightly snowing and about 5 degrees outside.  The ladder had accumulated some ice and was somewhat dangerous to climb.  Once outside, I opened the hidden bag of gifts that I placed outside earlier that day.  With the gifts positioned immediately outside the kitchen sliding doors, I literally inched into the house on all fours without making a sound.  One by one, I carefully placed the gifts by the tree.  What would have taken me five minutes under no secrecy actually took me almost an hour since I had to move so slow and cover my tracks.

After the gifts were placed, I plugged my Ipod into the computer speakers, turned up the volume and set the alarm sound to the sleigh bells sounds that I downloaded earlier.  The alarm was set to go off at 2 o'clock in the morning.  Afterwards, I ate all the cookies and drank the egg nog that my kids placed on the table for Santa.  Back up the ladder I went and into my bed.

An hour or so later, the sounds of sleigh bells filled the house for about fifteen seconds.  I heard the kid's doors open and their little footsteps in the hallway as they cautiously investigated.  "Santa came!" cried my youngest.  Then the other two joined in and began telling each other how they heard him and the reindeers.  I think my son even added to it by saying he thought he saw shadows.  I laid in bed with a huge smile on my face knowing that I more than accomplished what my father accomplished way back when.
So yes, I think the whole Santa story is a great one, but there’s a bigger part of me that knows how much more important it is to teach my children the real meaning of Christmas: the birth of Christ.  Fortunately, we have a very strong and active Simbang Gabi movement where I live, and I am also fortunate my wife started the tradition of attending them each year.
It started when my son was three years old.  My wife volunteered to help the Simbang Gabi organizers at our church by helping organizing and supervising the kids who brought up the gifts to the altar.  Since then, all my children still participate in Simbang Gabi by performing Filipino dances, reading scripture and whatever else they could do.  Oh, and after thirteen years, my wife still helps coordinate the children’s roles each year.   I’m glad she started this tradition in our family because it really helps keep the real meaning of Christmas in perspective.
I hope everyone reading this can experience the real meaning of Christmas as I have.   To all my fellow Igorots, I would love to hear some of your Christmas experiences as well so please share.  Have a MERRY CHRISTMAS and a happy New Year!  Naimbag a Pascua!  Gawis ay Paskua ya Nalagsak ay Balo ay Tu-en!


My kids performing after Simbang Gabi Mass  in 2009 with other kids.

Posted by Rexcrisanto L. Delson at 1:07 AM