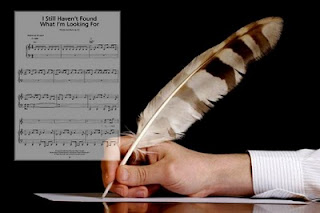 Putting words on paper for a book, short story, memoir, novel and other forms or literature is a special task in itself. One profession that tends to be overlooked is that of song writers. Writing meaningful and inspiring songs always seems to impress me mainly because of how much can be told in such few amount of words. Many people think writing a novel is the most difficult thing to write, and it certainly can be, but I believe that writing songs that move ones soul towards a greater good can be as equally, if not more, difficult. Anyone can write fun, romantic and meaningless songs, but it takes a special songwriter to make a few words speak volumes in a way that engages someone deep within their core and has the power to provoke positive action and thought. 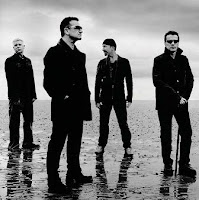 My first experience with such powerful songs was in my senior year of high school when I was introduced to the rock band, U2. For me, the lyrics from their albums “Unforgettable Fire” and “The Joshua Tree” connected with that inner part of me that longs for truth. Don’t get me wrong. The Edge’s unique guitar riffs and sounds, Adam’s almost navigational lead bass and Larry’s snares and rolls had a lot to do with my love for their music, but what captured me most were the words that came out of Bono’s mouth. Many people don’t realize that U2, one of the biggest rock bands ever, is also one of the leading voices of faith and social activism. If that statement intrigues you, get a copy of the book “Walk On: The Spiritual Journey of U2.”

The impact that music has had on me is one of the main driving forces in my desire to write. I find it incredible how musical lyrics can inspire someone to take positive action in their own lives. This is why we need more people writing inspirational music, books and novels. For all those writers out there already doing so, “kudos,” I say to you.

Going back to that time in my life; it was then that I realized the importance of feeding my mind with more music that provokes, inspires and challenges me to become a better person. I had a change of heart or “switch heart” so to speak. As a teenager, I began realizing how all the vice-inspiring music I once listened to mostly promote a kind of life that isn’t intended for me. I went from a change of heart to a change of mind or “switch mind” when I became more conscious of the lyrics and meanings of every song I heard. Did I completely stop listening to mainstream pop, rock and other genre music? Of course not, but when given the chance and choice, I usually gravitated toward music of inspiration and encouragement. I listen more to the lyrics than the musical notes and composition. My favorite U2 song, “40,” which happens to come from Psalms 40, eloquently captures my change in musical outlook at the time.

I waited patiently for the Lord

He inclined and heard my cry

He lifted me up out of the pit

Out of the miry clay

I will sing, sing a new song

Music is food. There is healthy music and there is junk music. Junk music is the songs that promote the vices that are behind all the unhappiness in our lives. Like junk food, this music is okay at moderate levels, but too much can lead to heap of soulful unhappiness. 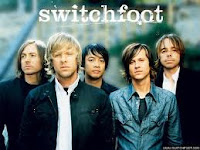 U2 isn’t the only band I listen to, but they’re still one of the few “secular” sounding bands that can evoke meaning that is worthy of the good book itself. I try to keep up with current music so as not to cling on to the past. In fact, today I was listening to my favorite Christian radio station for an hour while driving home. They had the rock band, Switchfoot, as their live guests in the studio. In between interviews, they played songs from their upcoming album, Vice Versus.

As usual, I paid particular attention to the lyrics. Like U2, their songs contained lyrics that evoked a deeper meaning that could have anyone walking away a better person. Also like U2, the poetry and word play were so cleverly done that one could draw in the meaning and message rather than having it spoon fed to them. I liked all the songs, but the top three that I like most are “Where I belong”, “Thrive” and “Vice Versus. Just read a sampling of the lyrics and you’ll know why:

"I've been awake for an hour or so

Checking for a pulse but I just don't know

Am I a man if I feel like a ghost?

The stranger in the mirror is wearing my clothes

No, I'm not alright

I know that I'n not right

A steering wheel doesn't mean you can drive

With it's rising and falling

And after all, it's just water

And I am just a soul

With a body of water and bones

From "Where I Belong":

"We were born into the fight

But I'm not sentimental

This skin and bones is a rental

And no one makes it out alive

Until I die singing these songs

Still looking for a home

In a world that I belong

Where we can find the strong

Where the righteous can right the wrong. . . "


Switchfoot- Where I Belong


Posted by Rexcrisanto Delson at 11:00 AM